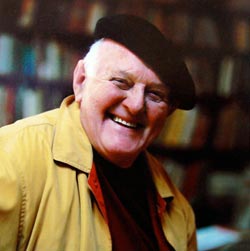 
During an early sojourn in Europe between 1957 and 1960, Australian painter John Olsen absorbed the influences of, among others, Hayter, Dubuffet, COBRA artists Lucebert, Jorn and Alechinsky, and Tapies. His work also shows affinities with Far Eastern art and demonstrates an interest in literature, particularly such Anglo-Celtic writers as Yeats, Thomas, Joyce and Beckett.