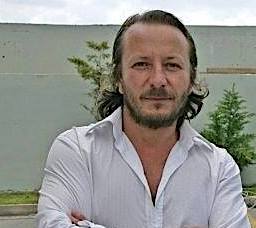 International artist Nicholas Samartis works across several mediums including sculpture, painting, digital media and installations. He is also known for his portraiture.

He has worked with many of the globe's prestigious brands including U.S Conde Nast, The New York Metropolitan Opera and held a 10-year tenure with American Vogue where he worked with some of the world's most notable icons.

Among his awards and accolades, Samartis has been presented with 'The Pinnacle Award' for photography at the Australian Design Biennale, he featured in the Australian edition of Masters of Photography, was selected as a finalist for the National Portrait Prize by The National Portrait Gallery in Canberra and also a finalist for painting in the Paddington Art Prize. His work has also been selected and exhibited in a group show along with Helmut Newton and Andy Warhol. This year his sculptures will be featured at Sculptures By The Sea 2021. Samartis' work has also been acquired by notable hotels, public spaces and private collections.

American Vogue's Ivan Shaw says - "Nicholas Samartis' work fits seamlessly in the tradition of the great artists. His images uphold classic traditions while at the same time express a modernity that makes them truly of the moment".